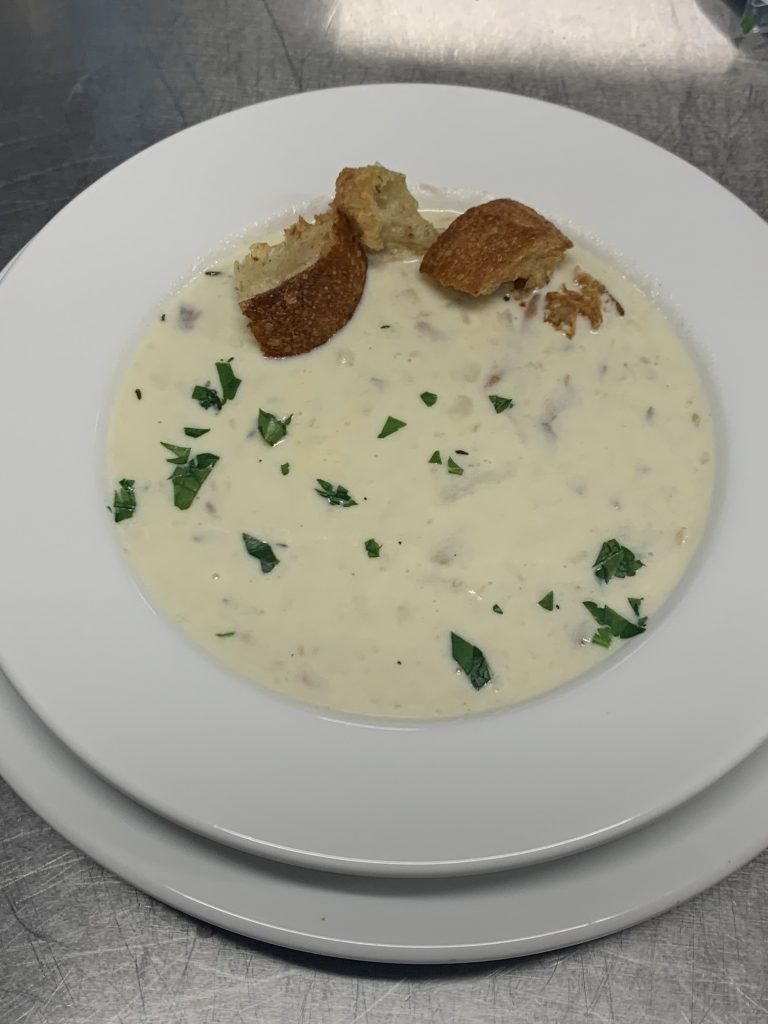 Cullen skink, one of Scotland’s most famous dishes, is a hearty soup that is traditionally made with smoked haddock. The name of this soup comes from Cullen, a small town in the northeast of Scotland. Skink is the Scottish term for a knuckle, shin, or hough of beef, so most soups made of these parts were called skink. When people in northern Scotland were unable to find scraps of beef due to economic strains but had plenty of fish to cook with, and smoked haddock was found everywhere, meat stews transformed into fish-based soups, but the name skink stuck.

In this version of the famous recipe, mashed potatoes add thickness and creaminess, while in other versions, the potatoes are added in chunks. The best potatoes for our skink would be waxier types rather than those traditionally used for mash.

This Cullen skink recipe is also known as smoked haddock chowder in other parts of Britain, and both dishes are very similar.​ This recipe is also a gluten-free dish as the only thickener used is potatoes.

Finely chop the parsley leaves and keep to one side.

Bring the milk & cream to a gentle boil and simmer for 3 minutes.

Remove the pan from the heat and leave for 5 minutes for the herbs to infuse their flavor into the milk.

Remove the haddock from the milk with a slotted spatula and put to one side.

Strain the liquid through a fine sieve and reserve the herb-infused milk.

In another, smaller saucepan, melt the butter and add the onions. Cook gently until translucent, about 5 minutes. Be careful not to burn them.

Add the milk and the potato to the onions and stir well until the mixture has a thick and creamy consistency.

Flake the smoked haddock into meaty chunks, removing any bones you may find. Add the fish to the soup.

Add the chopped parsley leaves to the soup and bring to a gentle simmer. Cook the soup for an additional 5 minutes. Don’t over stir, because the fish chunks might disintegrate.

Taste the soup and add salt and pepper as needed. Be careful with the salt, as the fish will impart quite a salty flavor all on its own.